The piano is our newest – and oldest – acquisition, and we couldn’t be happier about it.  It is an 1889 Steinway Model A, and it had been thoroughly rebuilt before being offered at auction.  We were able to pay the selling price with funds raised by the choir through Dinner & A Show; donors from the parish paid for the taxes, costs, and accessories.  The piano has a wonderfully even touch and an exceptional sound.  We are looking forward to using it to expand our musical offerings at St. Luke’s. 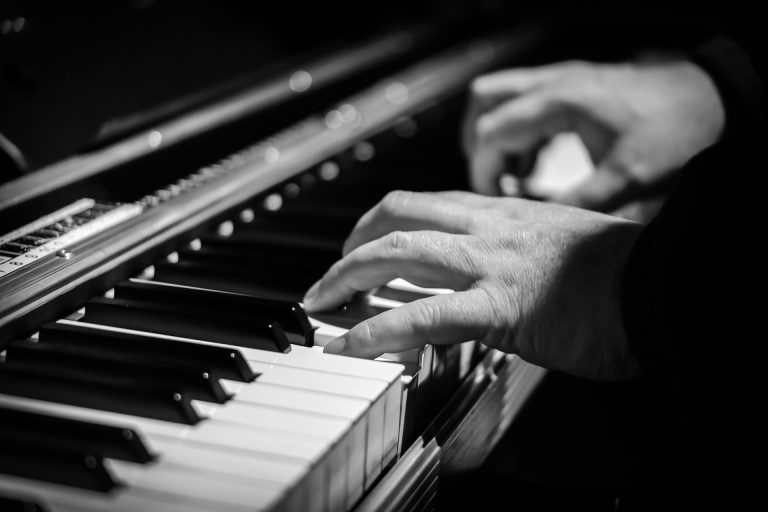 The pipe organ (affectionately known as Lucille) installed in 1967, is a very fine Bascom & Vaughan three-manual organ with 42 ranks and a separate antiphonal division. Many years ago, St. Luke’s had acoustical batting on the ceiling and a heavy carpet down the center aisle. When these were removed, the church was left with an organ that sounded entirely too loud and raucous. Manuel Rosales and crew reworked the organ pipes to suit the building. The result is an organ that is our pride and joy and acoustics that are second to none. 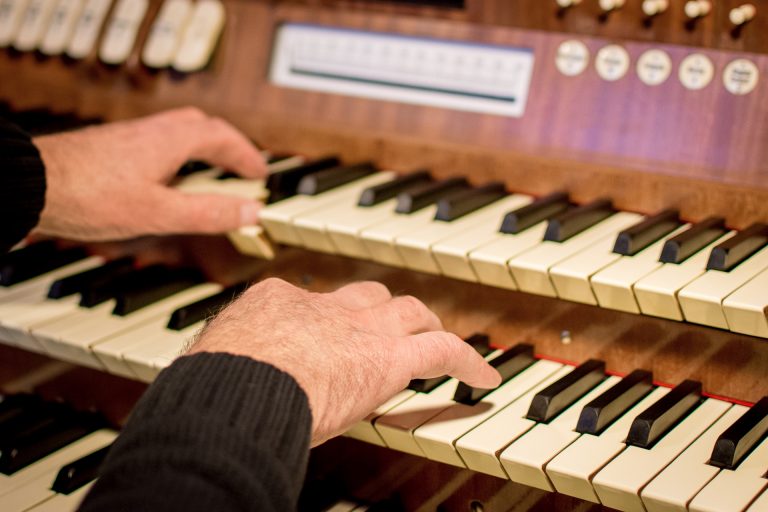 Wait, strike that last word. Some of our pipes are downright ravishing! They belong to a magnificent organ fondly nicknamed Lucille. The story of how she came to us is all about stewardship at work.

By the mid-sixties, our original pipe organ had served with additions and modifications for nearly forty years and needed major renovation. Instead, the generosity of the Curtis Newman family enabled us to acquire a new instrument. The contract was awarded to noted firm Balcom & Vaughan Pipe Organs of Seattle, Washington, with the specification that it be concert size. Not church size.

Founded in 1921 in the heyday of silent films, Balcom & Vaughan installed Mighty Wurlitzers in movie places all along the coast. When the silent era ended, the company refocused on building classic organs for churches.

In Septemeber of 1968, the congregation thrilled to the first awesome notes of our new Balcom & Vaughan three manual organ, with 42 ranks and a separate antiphonal division(i.e. the piped mounted below the Rose Window.)

As wonderful as this was, the full magnificence of Lucille didn't emerge until the early '80s, when the church decided to strip acoustical batting from the ceiling of the nave and remove the heavy carpet that ran down the center aisle. The far more "live" acoustics this created made the organ sound too loud and raucous.

For help, Saint Luke's went straight to the top: world-renowned organ builder and preservationist Manuel J. Rosales. With his team, Rosales has been responsible for building and installing countless superb instruments worldwide, including the organ at Walt Disney Concert Hall. Rosales and his crew painstakingly altered our organ's pipes to enhance their tonal quality in the newly resonant setting. The results: glorious.

Around this time, a new organ console was also recommended. Dr. and Mrs. James Bowers provided the funds to ensure that our remarkable instrument would inspire Saint Luke congregations, singers, and musicians for many years to come.

Time to Step Up Again

Today, we enjoy the glory of Lucille because of the support of many Saint Luke's parishioners. But a look at the timeline reveals an inescapable fact: It all took place a long time ago. In the past thirty years, the organ has been tuned, generally twice a year, and repairs have been made when individual pipes or systems needed it.

Most of us can't claim to be in the same shape we were in thirty years ago. In the case of Lucille, leather gussets have dried up. Tuning slides on the pipes no longer slider. Some wiring is covered in cloth - not rubber or plastic - that's decades old. There's been considerable water damage over the years, with plenty of evidence in the southwest corner of the church. The relay system that transmits signals from the eyboards to the pipes is worn out; individual pipes might be in working order but don't get the message they're supposed to sing. Pre-set buttons are no longer reliable and have a terrible habit of adding the loudest pipes to the pedals. And nothing (nothing!) has been cleaned.

Our choir, having raised funds for our new 1889 Steinway A, is now turning its efforts to organ renovation. We believe the church will receive certain bequests specifically for this cause, and Saint Luke's looks to the congregation to join in the stewardship to bring this next project to a magnificent conclusion.